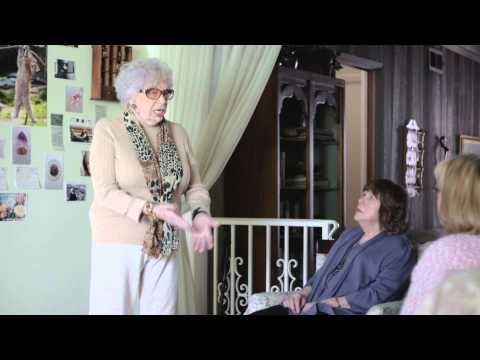 I was scrolling through Facebook, and one ad caught my eye. It said, “I didn't think much of LinkedIn until I got 150 prospects.” And at the top, it says, “I completely stopped cold calling and got 150 prospects.” Well, common logic tells me that prospects are another way to say you are cold calling, they don't Know, Like, and Trust you yet. I immediately thought of that GEICO commercial with the older woman standing there with a wall of pictures and she says, “This is my Facebook.” Then the other lady stands up and says, “That's not how it works. That's not how any of this works.” And the first lady says, “I defriend you.” Well, today, we're going to talk about Dunbar's Number and why 150 is important to your business.

However you do it, I could tell you this much, the law of averages says that about 3,000 people will pay attention to that, or about 10%. From there, you might get 300 people that say, “Hey, tell me more about what you're selling.” And from there, you may be able to sell 30 people and maybe get three repeat customers out of it. But in the process, you have now alienated or ticked off over 29,000 people.

Some of those could be your friends, some of those could be your coworkers, some of those could be prospects, but the chances of building a business doing that are not great because you've missed the whole concept of know, like, and trust. This type of thinking is very prevalent. There are many gurus out there that say, “Reach as many people as you can get to, become an influencer, build this huge tribe of people.” Maybe for them, that might work. I've tried for years to do that, and I've had a really, really hard time getting any real sales or traction because I'm just never going to be as popular as those people. And what I've learned is that I can actually become more successful by thinking differently.

A few years ago, after I wrote my first book, It's Not About You, It's About Bacon: Relationship Marketing in a Social Media World, I was asked to speak at a class at Central Washington University via Zoom. I jumped in there and gave my presentation and I opened it up for questions. One of the students stood up and said, “Well, based on what you're saying, having thousands of followers, what do you think about Dunbar's number?” At the time I had no concept of what it was. So, I said, “Well, I have 3,000 fans on Facebook and 5,000 fans on LinkedIn. So, I really don't know, but I think we can overcome that.”

Since then, I went on a journey and started to research Dunbar's number and what it really meant. Obviously, I wanted to poo-poo the idea, because I'm the social media guru and everybody says, you need to get these big audiences. When I started digging into it, I learned something. You can actually build a great business with only 150 people in your tribe.

I'll explain Dunbar's number a little bit further. But the way it works is if you have 150 people that you stay in contact with on a regular basis, you can actually grow that into 1,500 people in your sphere of influence, people that you've networked with, people that you get to know, could be your family, your friends. And if those 1,500 people share your content. Say each one of them reaches 10 new people, now you're approaching that 15,000 number that everybody's talking about. Or 30,000.

The key thing is starting with that core 150 where business happens. That know, like, and trust is so much more important in that core tribe, and that's what Dunbar's number is all about. Understanding that your initial tribe can help you grow your sphere of influence to a larger number.

What exactly is Dunbar's number? British Anthropologist Robin Dunbar, says that we can maintain about 150 relationships. He hypothesizes that anything above that is beyond the capability of our brains. He says this dates back to our primal brain while humans were roaming the earth in tribes. And inside of a tribe, there were usually around 150 people. Most of those people had specialties. Some people could make fire, some people could hunt, some people could prepare the food, some people could repair or make clothes, everybody had their place in society.

But Dunbar believes that limit is there because that's the amount of capacity our brain can remember faces. For example, the same thing works with primates. When it comes to gorillas, they could recognize about 150 different faces. If they see a face that they don't know, they think of it as a threat, somebody's going to come and take their bananas or even worse.

Other studies have shown that we tend to spend about 60% of our social time with our five closest friends. And they obviously are within that tribe. So, if we think about our tribe as 150 people, we can maintain those relationships simply by reaching out to 10 people a day. Over the course of a business month, five days a week, if you reached out to 10 people, you would hit about 200, maybe 220.

And out of those 220, probably 150 of those people would respond back. So, you can maintain a relationship with them. This also has a foundation in business. There's a company called Gore-Tex, they make clothing. And Gore-Tex found out that a 150 was the optimum size for a factory, for the number of people who had to manage what was going on to work together as a cohesive team. And the size of 150 actually increased productivity and output. So, they built factories with only 150 parking spots. And when people started to park on the lawn, they knew it was time to build another factory.

By reaching out to those people, you build that core tribe. If people don't respond, remove them and add somebody else in. Now, those 150 people don't necessarily have to be prospects or clients. But, they should be a mix of current customers, past customers, prospects, vendors, friends, family, and acquaintances.

If you build that network and keep in front of them, they might just recommend you. You might be able to help them. Let me leave you with this, back to that original ad where they said that 150 people are their prospects, well, prospects are not in your tribe. It takes a while to get people to know, like, and trust you. And if you spam them, they defriend you.

I would love to hear your thoughts on this. Comment below and share your thoughts, ideas, or questions about Dunbar's number and how you'll use it to your advantage. Have you had to overcome any of the presented concepts? What worked and what did not live up to your expectations? Do you have any ideas or advice you could share?

Brian Basilico is an internationally recognized speaker, author, trainer, and adjunct professor. He brings over 35 years of marketing experience to his award-winning internet marketing company, B2b Interactive Marketing, Inc. Brian is a syndicated podcaster and blogger, who has been featured as a guest expert in Entrepreneur and Inc. magazines, as well as various news articles, radio shows, and podcasts.

Are Your Processes Putting Progress in Purgatory?
January 24, 2023

Search Our Site
Listen To Audiobooks in 15 Minutes

Bacon In Your Ears? Check It Out!