While enjoying a Starbucks meeting with my mentor and best selling author (100/0 Principle) Al Ritter, we wondered down a path in our conversation that got us thinking. He was telling me that he had meeting with someone who was 35 and how it struck him that this seems so young. Young is a relative term based on how old you currently are. Do you think 35 is young?  My guess is a third of you “That Sounds About Right.”, while a third of you will say “That's Young?”, while the other a third will feel “Damn that's old.”  Then we eventually started discussing about how smart we thought we were at 35. What we concluded is that our experiences have taught us so much, yet we still have so much to learn. 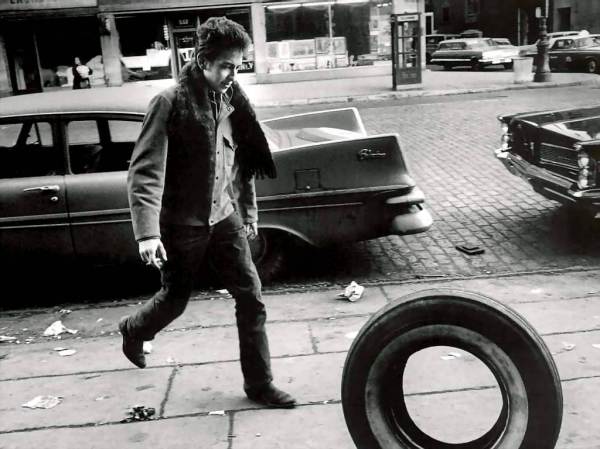 Al was telling me about how he spent his younger days in Greenwich Village in New York City (a biggy artist community in the 60's) and it made me think. There is this awesome song by Bob Dylan “My Back Pages.” A third of you will say “Bob Who?”, while the next third will say ” That song was done by the Byrds?”, while a third of you will say “The name of that song is I'm Younger Than That Now?” The key phrase (refrain of the song) is “Ah But I Was So Much Older Then, I'm Younger Than That Now.”

The conversation continued as we discussed the difference between how at 20 we were invincible, at 35 we were snarky, and how at 50+ we are humbled. By humbled, I mean all of the things we have learned from our own mistakes. Also humbled by the ideas and energy of those younger who change the paradigm and push the envelope. This conversation was not so much about right or wrong, experience or inexperience, but about perspective.

Unbridled Passion – Damn the torpedoes and full steam ahead.  When you have nothing, you have nothing to lose! This is often before you have to be accountable to people starting young families, and having to care for the betterment of a greater good. The ideology is more important than people at this point. We can live through this or get over it (been there and done that).

Challenge the Status Quo – This group lacks restraints of  “This is how it's always been done” and is always looking to re-invent the future. Current notables are the young Steve Jobs (Apple), Jeff Bezos (Amazon), and Salman Kahn (Kahn Acadamy). Their roads are not always paved in gold.  Jobs was fired from his own company, only to bring it to a pinnacle after a return at age 43. The bonus is that they have no history to restrict them which could make them second guess failure.

The Greater Good – At some point, you realize that what you do affects others, and you start to take ownership of that. Both your employees, and customers become more in focus. Also these businesses tend to focus on positive issues and local communities. One of the books that impacted me early on was “In Search of Excellence” by Tom Peters (who I had the honor of interviewing in his Houston hotel room).

Building on Lessons Learned – There are names that most people recognize like Seth Godin or Tony Robbins, who built upon the wisdom of Peter Drucker, Zig Zigler or the godfathers of business wisdom Dale Carnegie or Napoleon Hill (“Think and Grow Rich“). What I think is more important, are the lessons learned through trials, errors, and mistakes. Hopefully you can not only learn from your mistakes, but  grow and evolve from them. It's not always graceful, often humbling, but always powerful.

I Was So Much Older Then, I’m Younger Than That Now

I would love to hear your thoughts on mentoring or learning experiences? Please share away!

The Details Are In The Data – How To Better Collect And Use Info From Your Website
January 21, 2020

The Sweetest Sound And Why Caring Matters For Your Business
January 8, 2020

How Building Trust Is Important To Sales
December 31, 2019

Foresight is 2020 – Use Technology To Create Memories and Pay It Forward
December 24, 2019